Each year, the last day of February is internationally observed as the “Rare Disease Day”. It is intended to raise awareness about some of the most life-threatening or chronically debilitating diseases throughout the world. The Rare Diseases are of such low prevalence that special worldwide efforts are needed to effectively address this bullying challenge.

The Foundation for Rare Diseases of Iran is an NGO, made up of some of the most dedicated individuals: laymen, university professors, Muslim scholars, and internationally acclaimed physicians that are working in concert, to improve availability of Rare Disease information, treatment, clinical studies, and general awareness for both patients and the medical community and more importantly to bring hope to thousands of desperate patients in the country. The Editor of ECO Times met with the internationally renowned Iranian neurologist and orthopedic surgeon, Professor Kazim Fathie and also with the Managing Director of the Foundation, Ali Davoudian at the Tehran office of the Foundation and prepared the following report:

The Foundation for Rare Diseases of Iran

“A Source of Hope” 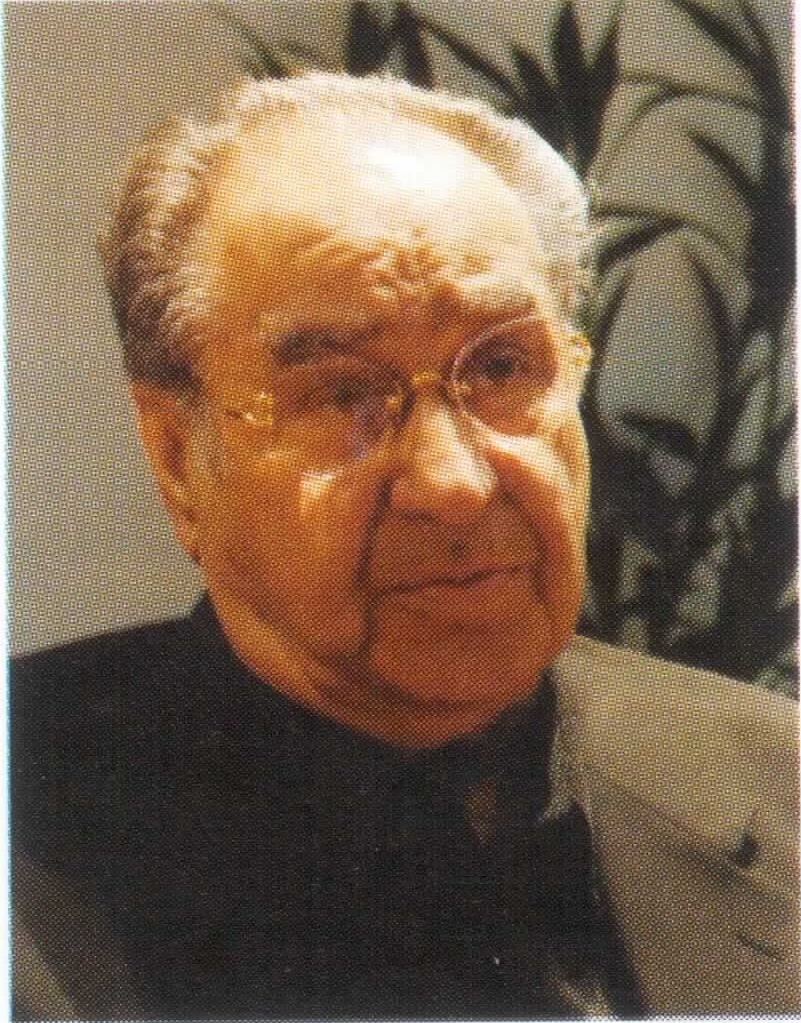 Professor Fathie, as one of the top neurologist and orthopedic surgeons in theworld, what is the purpose of your visit of the Foundation? I came here to visit and further collaborate with the Foundation for Rare Diseases of Iran. This Foundation is doing a great service to our community and I consider it a privilege to help them the best I could.

Would you please tell us about your medical background? I was born in 1928 in Tehran and received my Doctorate Degree from Tehran Medical School with honor roll. In 1960 I left for US to continue my higher education in neurology. During those years, there were less than 100 people in this field, whereas today we have more than 12000 neurologists throughout the world.

What position were you holding in the US? I have been the Chairman of the American Academy of Neurological and Orthopedic Surgeons since 1994. I was the President of the International College of Surgeons, US Division from 2001-2002. I have occupied numerous positions prior to that.

Could you briefly name some of them for our readers? Yes. I was the President of American Neurological and Orthopedic Society, 1984-85. From 1990 to 1991, I was the Nevada Councilman, American College of Surgeons.

What about your academic involvement? I was Professor of the School of Medicine at the University of Nevada and I was also the Professor of “Medical Legal Analysis” at the same University.

How about in the area of innovations and research? I have had several innovations and inventions which some are under my name, such as Fathie’s Carotid Artery Shunt/Bypass, formulation of Skelaxin, a drug for treatment of muscle stiffness. I was the inventor of Cranio-Plasty Plate, covered in the Reporter of four neurosurgical Syndromes.

With all these preoccupations how did you manage to keep contact with Iran? Well, I have never lost my contact with Iran especially with its literary treasures. While I was deeply engaged with the medical profession, I authored 16 books about the magnificent poetries of Iranian luminaries such as Ferdowsi, Nezami- Ganjavi and many others. Additionally, I wrote several books, such as “Medica-Iranica” about the ancient and traditional medicine of Iran and the region which were well received by the US medical community. Interestingly enough, I composed some poetries in English for which I received the plaque of “Poetry Award of the Year” in the State of Nevada. In addition to medicine and poetries, I spent quit a bit of my time in learning several traditional Iranian musical instruments.

How do you evaluate Iranian medical industry of today? I must confess that the progress made by the Iranian medical community in the past couple of decades has been tremendous and beyond all expectations and should be lauded for the achievements made. I believe going to other countries for medical treatment in many areas are no longer relevant because in my view they are in good hands with excellent Iranian physicians and medical industry. In my field of medicine, which I am more familiar with, the treatment in Iran equals the best in the world. 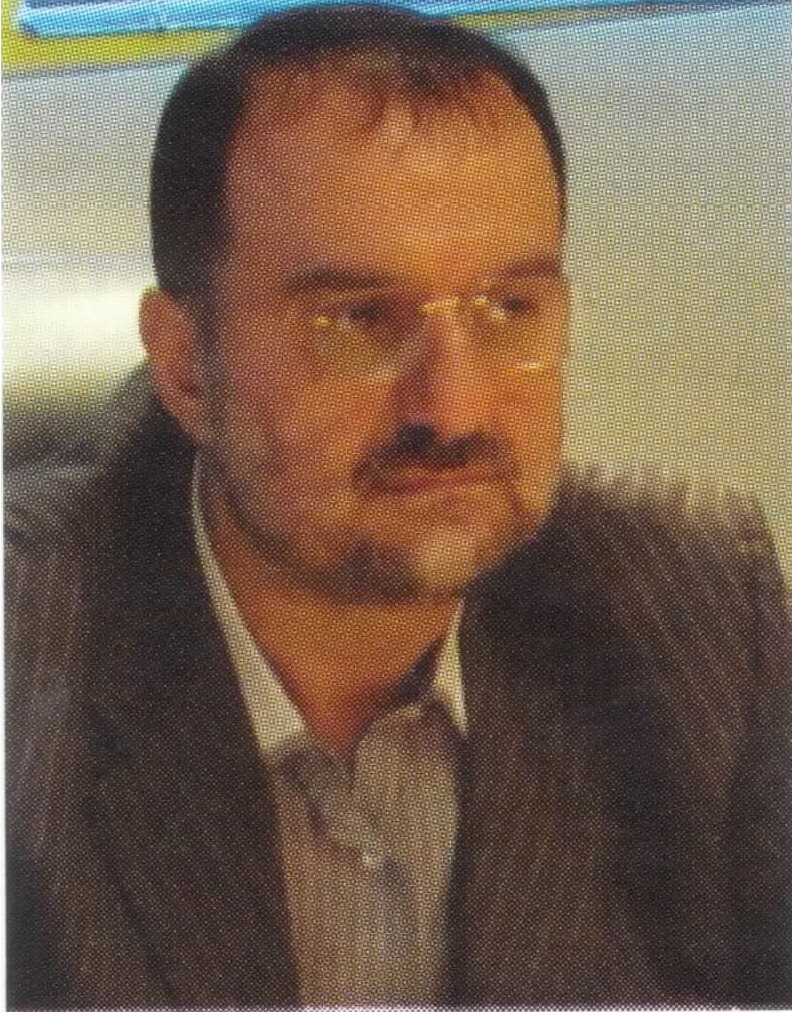 Mr. Davoudian, as the Managing Director of the Foundation for Rare Diseases of Iran, would you please explain for our readers, what is the definition of a “Rare Disease”? There is no single, widely accepted definition for rare diseases. Some definitions rely solely on the number of  people living with a disease, and other definitions include other factors, such as the existence of adequate treatments or the severity of the disease. But as a whole, a “rare disease”, also referred to as an orphan disease, is any disease that affects a small percentage of the population. A disease may be considered “rare” in one part of the world, or in a particular group of people, but still be common in another. The classification of other conditions depends in part on the population being studied. All forms of cancer in children are generally considered “rare”, because so few children develop cancer, but the same cancer in adults may be more common.

What are the main challenges involved in this benevolent endeavor? Since healing such uncommon diseases is usually an arduous experience, dealing with the emotional aspect of the problem is the most challenging part of the job. One of the most emotional parts which we usually face, when dealing with the RD patients is how to prepare the patients and at the same time coach the families involved to endure the agony and suffering involved during the therapy and treatment, which is really a difficult and excruciating experience. For example, we have a grown up patient who is suffering from an unusual genetic disorder; she is only 69 centimeters tall, with no sign of growth at all. In another unusual case, we have two male and one female university students from the same parents in Yazd, who became ill to an unknown bone disease, within 6 month time from each other. They are almost pined to their beds, because for some strange reason, one can actually hear the sound of their fractured bones when the care takers attempt to move them from their beds and bring them to Tehran for further treatment. Presently, the nature of their diseases is completely unknown to the medical community but we are working on it.

Do the rare diseases occur in a particular age category? Most rare diseases are genetic, and thus are present throughout the person’s entire life, even if symptoms do not immediately appear. Many rare diseases appear early in life, and about 30 percent of children with rare diseases will die before reaching their fifth birthday. All forms of cancer in children are generally considered rare, because so few children develop cancer, but the same cancer in adults may be more common.

What are the ratios of the rare disease victims in relations with the general population in the world and in Iran? No single cutoff number has been agreed upon for which a disease is considered rare. In Japan, the legal definition of a rare disease is one that affects fewer than 50,000 patients, or about 1 in 2,500 people. The definitions used in the medical literature and by national health plans are similarly divided, with definitions ranging from 1/1,000 to 1/200,000. We don’t have an accurate figure of “rare disease” patients in Iran, but roughly speaking, the ratio of the rare disease victims in relation to the over all population of the country is about three out of 10,000 people, so there are about 22500 rare disease patients out of roughly 75 mn population of the country.

When has the Foundation started its activities and what are its main aims and objectives? The Foundation for Rare Disease Patients of Iran has started its activities since 2 years ago. Although our objectives are geared towards Iran, but in no ways we want to restrict our services to our national boundaries. While we are trying to come up with an accurate and realistic figure about the rare disease patients inside Iran, we would very much like to extend our area of activities to the entire ECO region and beyond. Actually we can benefit and gain experience by sharing our knowledge and expertise with similar institutions and establishments in the ECO region.

Who are the founders of this philanthropic initiative in Iran? There is a wide spectrum of good hearted people who have been involved in establishing this humanitarian Foundation. The list is very long and difficult to name them all in this interview, but I could say, in addition to many prominent physicians such as Dr. Fazel Larijani, we have a network of some of the most experienced and internationally acclaimed physicians such as Professor Kazem Fathi and Professor Majid Samiei who collaborate with the Foundation. Moreover, one could mention the names of some of the eminent religious scholars such as Ayatollah Nazari, Ayatollah Abtahi, and Ayatollah Golpayegani, who are a tremendous source of moral and material support. We have also distinguished academic / cultural figures such as Dr. Mostafa Abtahi and Haj Ahmad Masjid-Jameii and others who cooperate with the Foundation and we are very fortunate to have such a wide- spread cooperative network.