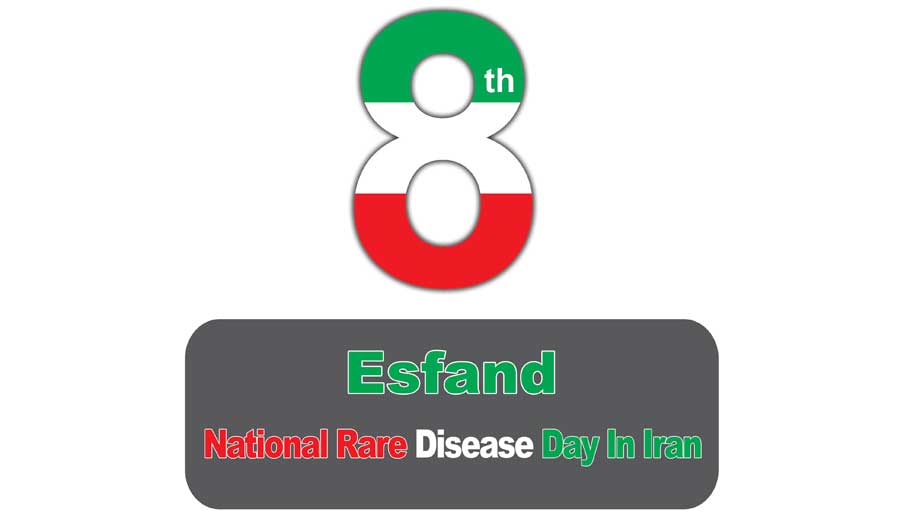 Denomination of “The National Rare Disease Day in Iran“

The National Rare Disease Day in Iran approved to be annually celebrated on the 8th Esfand to honor the Iranian rare patients.

RADOIR News-  The managing director of Rare Diseases Foundation of Iran (RADOIR), Dr. Hamid Reza Edraki, announced that,“ At 841 official assembly of the Iranian Secretariat of The Supreme Council of The Cultural Revolution, the 8th of Esfand (the last month of the Persian year) was approved to be denominated as the National Rare Disease Day in Iran and recorded in the official Persian calendar.

RADOIR’s public relations department reported that Dr. Edraki has emphasized due to the fact that rare diseases are seriously undiagnosed and long term diseases, registry of this day in the Persian calendar has a deep impact on the public raising awareness about such disease. He indicated that RADOIR was officially established on 30th Oct., 2009 on the occasion of the birth of the 8th Imam of Shiite Moslems,  the great deceased Imam Reza (peace be upon him), with the aim of supporting the rare patients of Iran. Annually, 94 countries in the world are celebrating the rare disease day during the first 10 days of February equal the last month of the year in the Persian calendar.

Due to the high prevalence of rare diseases in Iran and despite of no public raising awareness for a long time, the Rare Diseases Foundation of Iran has been able to collect the different types rare diseases and the patients’ files as well as to run the rare patients online registry system as “SABNA” and also to develop the Iranian strategic plan for rare diseases since 2018 which all resulted in successful means of  awareness, support and control in healthcare system for the rare diseases patients and communities in the country.

RADOIR’s managing director added as well,“Finally, with the immense supports and follow ups by the Iranian parliament members especially Hujjat- Al- Islam Mousavi Larakani, the deputy head of social collaborations of Iran’s Ministry of Interior Affairs, Dr. Zahra Abedini, the head of management center for transplantation and special diseases at the Iranian Ministry of Health, Dr. Mahdi Shadnoush and the secretary general of General Culture Council of Iran, Dr. Mavalizadeh as well as some of the respected ministerial authorities,  RADOIR received the approval of registering the National Rare Disease Day as the Iranian official occasion for celebration.

To be mentioned that there are 344 types of rare diseases and disorders registered in Iran which have high pharmaceutical cost and treatment expenses without insurance facilities for the rare patients of the country. Hereby, I sincerely congratulate this national occasion to all the Iranian rare patients and I do hope our success in recording such day as rare disease day in the Iranian official calendar, will help us to efficiently identify the rare diseases and disorders, develop their prevention and further support of the relevant communities.”