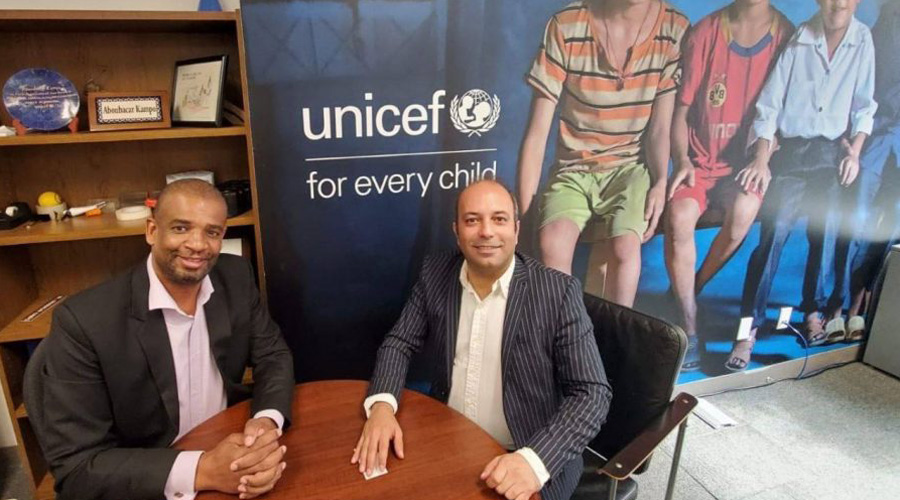 Kamran Najafzadeh had an interview with Dr.A. Kampo, UNICEF Director of Health Programs at the United Nations.

RADOIR NEWS- At the interview session with the UNICEF Director of Health Program, the report letter including RADOIR’s achievements as well as orphan drugs needs for rare diseases children treatment by Yaser Davoudian, Chairman at the Rare Diseases Foundation of Iran, was presented by RADOIR ambassador, Kamran Najafzadeh.

RADOIR’s ambassador asked UNICEF director of health program for organizing and prompt a meeting session for the board of directors of Rare Diseases Foundation of Iran with UNICEF resident representative in Iran. During the interview session, Dr. Kampo discussed the subject with Dr. Robin Nandy, UNICEF resident representative in Iran to arrange a meeting appointment with RADOIR in the upcoming week on a phone call.

Dr. Kampo added,” We will follow up the problems with the rare diseases children of Iran with WHO as well and will try to find the solutions, accordingly”. This interview session was arranged by Dr. Majid Takht Ravanchi, Iranian diplomat and the Ambassador of Iran to the United Nations and follow ups by Hamid Taavoli, the Iranian Counselor at Permanent Representative of Iran to the United Nations.