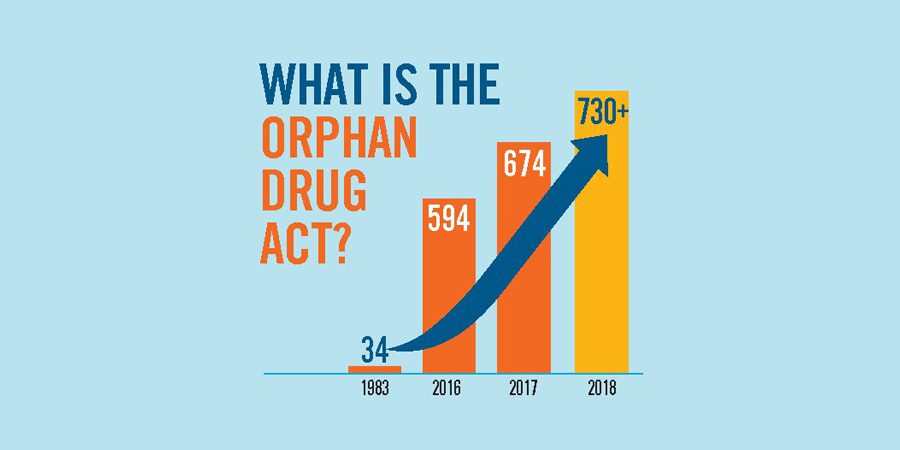 Senator Hatch and Representatives Lance and Butterfield introduced a resolution that heralds the success of the Orphan Drug Act (ODA) and calls for continued support of the legislation.

This year marks the 35th anniversary for the ODA. That means 35 years of increased hope and treatments for the rare disease community. Prior to the ODA, there were only 34 therapies indicated to treat a rare disease. Now, there are over 700 and counting!

There’s more work to be done, though. Approximately 95 percent of rare diseases are still without a single treatment approved by the Food and Drug Administration (FDA). Consequently, the ODA must remain strong!

The Brief Contents of the Resolution

Affirming the importance of the Orphan Drug Act, applauding its lifesaving contributions over its 35-year history, and recognizing the need to continue supporting research and development for rare diseases.

Whereas in the 10 years prior to enactment of the Orphan Drug Act, only 10 therapies for rare diseases were developed by private industry and approved for patients;

Whereas experts estimate that without the Orphan Drug Tax Credit, one of the Orphan Drug Act’s incentives, at least a third of the new treatments would likely not have been developed;

Whereas the Orphan Drug Act continues to result in increased research and successful therapeutic development along the full range of rare diseases, including the rarest diseases;

Whereas people with rare diseases benefit from new orphan drugs through longer and higher quality of life;

Whereas society benefits from new orphan drugs through increased productivity from those affected as well as a potential decline in the resources devoted to health care, disability, caregiving, and related spending;

Whereas despite the success of the Orphan Drug Act, only approximately 5 percent of the more than 7,000 identified rare diseases have at least one FDA-approved treatment option; and

Whereas the significant, lifesaving accomplishments of the Orphan Drug Act over the course of its 35 years should be recognized

Therefore the House of Representatives: