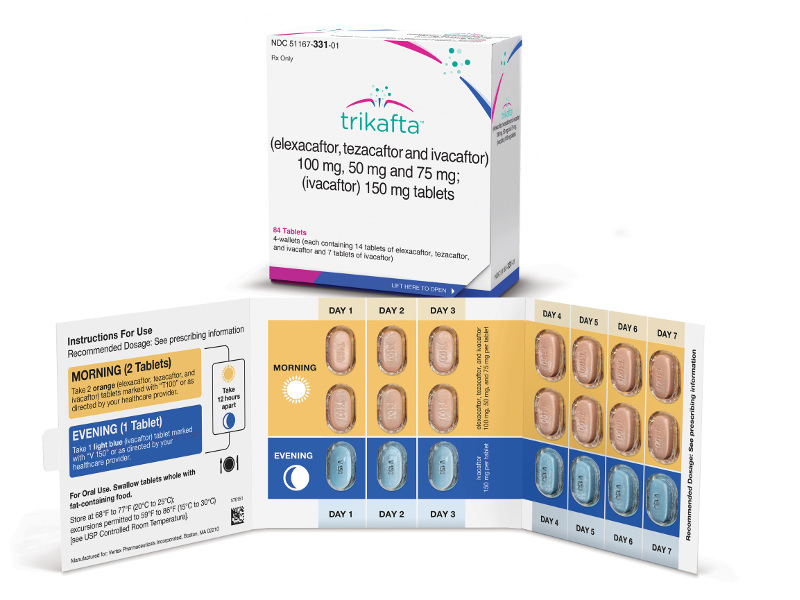 Trikafta (elexacaftor/ ivacaftir/tezacagtor) as the first triple combined therapy for CF mutation has been approved.

Trikafta is a combination of 3 drugs that target the defective  CFTR protein to be effective ade by its gene. CF is a rare and life-threatening disease which causes formation of thick mucus build up in the lungs and disorder, digestive tract, specially. Cystic Fibrosis is caused by a defective protein that results from mutation in the CFTR gene. Nasal congestion , increased blood creatine, phosphokinase, rhinorrhea, rhinitis, influenza, sinusitis & increased blood bilirubin are some of other common drug reactions.