Scientists at Scripps Research have found an important immune system-regulating protein in principle could be targeted to treat cancers and chronic viral infections.

The scientists, in a study published November 12 in Nature Chemical Biology, set out to determine the function of a protein, ABHD12, whose absence causes a rare genetic disease featuring a host of brain and nerve problems.

The researchers found that ABHD12 normally acts as a powerful brake on the immune system to keep it from becoming harmfully overactive. Mice engineered without the protein have signs of elevated inflammation, and their immune systems are more likely to overreact to a viral infection.

The discovery suggests that the absence of ABHD12 in people with mutant versions of its gene may cause neurological disease at least in part via excessive immune activity. It also indicates that ABHD12 may be a useful target for drugs that boost the immune system- for example against against cancers and viruses that normally persist by shutting down people’s immune defenses. 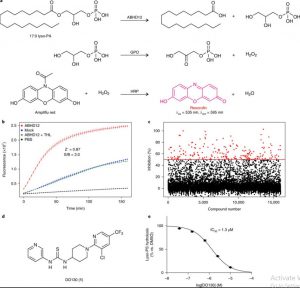